Hello, fellow #MustReadin2015 readers! It’s time for my second check in of the year for what I’ve been reading from my list. In a nutshell, not a whole lot of reading checked off on this list but progress is progress! You can see what else I’ve been reading and enjoying here.

Thanks to encouragement from Carrie, at There’s a Book for That, I created a list of books I really want to read during 2015. My list below does not include any 2015 published works, just 2014 or before. These of course won’t be the only books I read this year. There will be plenty of detours along the way and certainly lots of stopping to check out much praised books of 2015, but it’s a great place to start! To see what I’ve read so far this year, look for titles that have been out–blue means I finished those prior to our first check-in and red means I’ve read those since our last check-in. If I really enjoyed the book, I added an asterisk after the title. So far in 2015, I’ve read some gems!

We’d love to have you join us! Happy reading! Follow along on Twitter with the hashtag #mustreadin2015 . 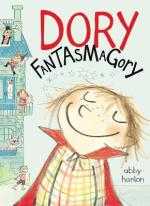 About me: I'm Lorna . . . a mom, wife, and former teacher with a passion for children's literature. I also love tinkering in the kitchen on a quest to find family favorites for the table.

Some of my kitchen inspiration